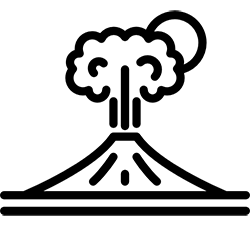 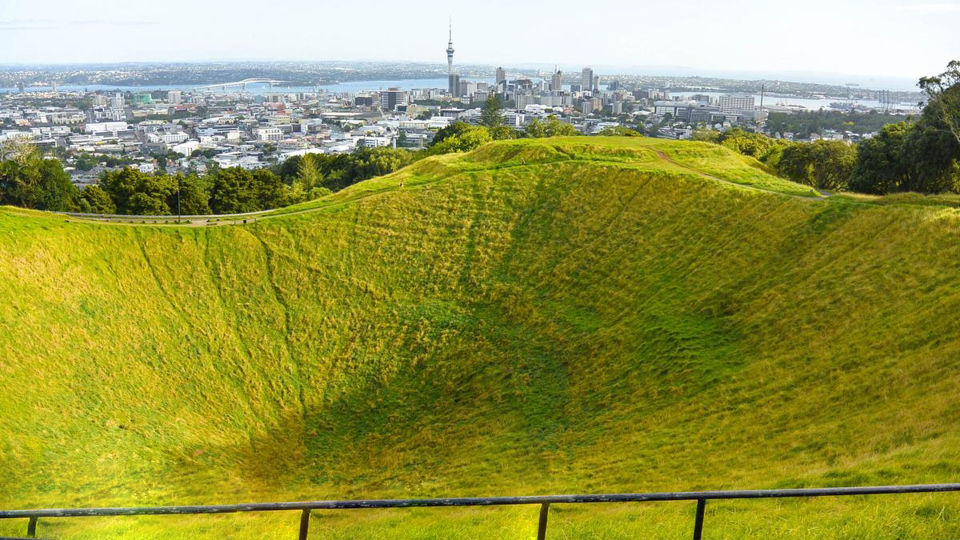 Auckland is renowned as the City of Sails, but with some 48 dormant volcanoes surrounding the City of Auckland it could have easy been called the City of Volcanoes! all of which have remarkable and unique individual characteristics that are always an to intrigue to both locals and our international visitors to New Zealand.

Join Auckland Volcanic Tours (VolTours) to Gain insight into Auckland’s unique volcanic geology and explore its rich Maori history on a half-day of full day guided tour from Auckland. These astonishing forces of volcanic nature are a true sight to see. Catering to small groups you will be guided to some of the most renowned volcanic cones and craters that you’ll find in New Zealand’s largest city.

Our morning tour includes pickup and drop-off at the cruise port near Queens Wharf, Auckland, exploring the summits and craters of Auckland’s youngest volcanoes, Hike from the crater to the summit of iconic Mt Wellington and Mangere Mountain with your personal guide, and admire panoramic views from your high vantage point. Enjoy lunch at Mangere Bridge, then tackle One Tree Hill and Mt Eden. During your tour, look out for native animal and plant life, and see a side of Auckland many visitors miss. (N.B. Volcanoes visited are inactive.)

Our afternoon tour takes you over the Auckland Harbour Bridge to Takapuna’s Lake Pupuke originally an explosion crater, a short walk to Neills Bay where the larva had flowed from the lake. From here its onto North head with its gun enplacements and tunnels with a view across the harbour to Rangitoto Island Auckland’s iconic landmark and largest volcano. Our last stop is Then drive to Mt Victoria volcano, enjoying the panoramic views over Auckland Cityscape

Departs: Departs at 9 am from the steps at 148 Quay St (opposite Queens Wharf)
Tour Duration: 5 Hours (Approx)
Price:  $100 per person 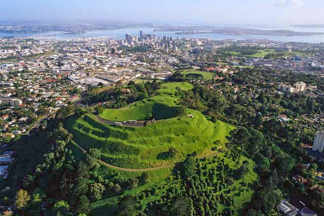 Following a 9am pickup at the cruise port near Queens Wharf, meet your guide and travel out into the suburbs of Auckland to begin your 5-hour tour.

Hike to the summits of four of Auckland’s youngest volcanoes (inactive) — Mt. Eden, Mangere Mountain, Mt. Wellington, and One Tree Hill — and admire spectacular views of Auckland city and its 3 harbours from vantage points around the craters.

Along the way, keep watch for native and country animal life and listen as your guide sheds light on Auckland’s rich volcanic geology and Maori history. At approximately 2pm, return to the cruise port near Queens Wharf where your 5-hour tour will come to an end.

Departs: Departs at 3 pm from the steps at 148 Quay St (opposite Queens Wharf)
Tour Duration: 5 Hours (Approx)
Price:  $80 per person 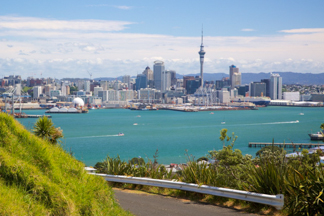 Your day will begin with a pickup from the steps at 148 Quay St (opposite Queens Wharf) at 3pm in a 9-seater van.

Drive across the Harbour Bridge to Lake Pupuke, which is a gigantic volcanic explosion crater. You will then be taken to O’Neil’s Bay, where you will enjoy a short walk to see where the lava flows from Lake Pupuke have run through an ancient forest, creating unique tree molds. There is then an option of a 15-minute walk along Takapuna Beach, where you will be picked up at the end of the walk.

Heading to North Head volcano, start a 30-minute walk to explore the tunnels which were built in the late 19th century to service the large gun emplacements. Continuing right around the volcano, you will finish up at the top, where there are spectacular views of Rangitoto and the harbour.

Then drive to Mt Victoria volcano, and enjoy the views of Auckland City from the opposite side of the harbour. There is the option to stay in Devonport for dinner and take the ferry back to Auckland City in your own time and expense, or be driven back across the Harbour Bridge to finish up before 7pm.

Departs: Departs at 9 am from the steps at 148 Quay St (opposite Queens Wharf)
Tour Duration: 10 Hours  (includes a one hour break for lunch at your expense)
Price:  $150 per person 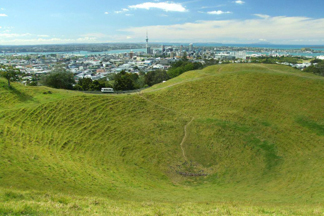 Your day will begin with a pickup from the steps at 148 Quay St (opposite Queens Wharf) at 9am.

You will be driven down the coastline along Tamaki Drive, past Auckland’s popular beaches towards Achilles Point, where you will get a great view of the volcanoes of Rangitoto and Brown’s Island.

You will then be driven to the four largest and youngest volcanoes in central Auckland: Mt Wellington, Mangere Mountain, One Tree Hill, and finally Mt Eden. You will walk around the craters of these volcanoes and enjoy the magnificent views from the summits. 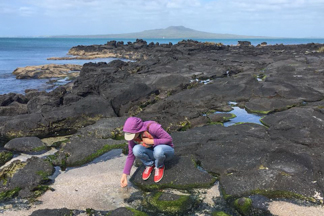 At 1:30pm you will arrive back in the city for lunch before leaving again from 148 Quay St at 3pm.

Beginning the afternoon portion of the tour, you will cross the Harbour Bridge to Lake Pupuke, which is a gigantic volcanic explosion crater.

You will then be taken to O’Neil’s Bay, where you will enjoy a short walk to see where lava flows have run through an ancient forest, creating unique tree molds. There is then an option of a 15-minute stroll along Takapuna Beach, where you will be picked up at the end.

Heading to North Head volcano, you will explore the tunnels and large gun emplacements. Finishing up at Mt Victoria volcano, enjoy the magnificent views of Auckland City from the opposite side of the harbour.

There is then the option to stay in Devonport for dinner and take the ferry back to Auckland City in your own time and expense, or be driven back across the Harbour Bridge to finish up at 148 Quay St before 7pm.

Information about some of the Auckland’s Volcanoes we visit

Mount Eden is Auckland’s tallest volcano, offering some of the best views of the entire city. It comes in at 196 metres (643 feet) in height and was formed some 30,000 years ago. Present-day visitors can easily walk or cycle to the top, to marvel at its greatness. The enormous crater will astound you with its breathtaking beauty and the surrounding parkland will provide you with an incredible insight into the area’s Maori heritage and history.

Auckland’s oldest park is also home to one of the region’s earliest volcanoes, as Pukekawa’s last eruption was believed to have occurred more than 100,000 years ago. In present days, the crater rim is home to the Auckland Museum, a wonderful piece of architecture and culture that’s surrounded by stunning views. While you’re in the area, make sure to take a stroll around its forested trails, and the lovely Wintergardens too.

While Mount Eden is the highest, One Tree Hill is among Auckland’s largest volcanoes. It also holds strong cultural and historical significance; along with housing one of the world’s biggest earth forts, One Tree Hill also consists of one the largest Maori settlements in New Zealand. There is a monument at the top of the volcano, and a grave for Sir John Logan Campbell, who is famed for founding Auckland City.

Mangere Mountain sits on Manukau Harbour, 106 metres (348 feet) above sea level. As you reach the top of the summit, you’ll pass through a series of rock formations and Maori heritage sites. If you really want to immerse yourself in the local history, make sure to drop by the Mangere Mountain Education Centre as they offer guided tours and educational resources for passing visitors. At Mangere Mountain’s highest point, you’ll be able to catch a glimpse of the stunning coastal scenery.

Pupuke volcano is one of the oldest in the Auckland volcanic field, possibly as old as 150,000 years. Although it doesn’t have the height often associated with a volcano, it is an explosion crater. Early eruptive activity at the Pupuke volcano (Lake Pupuke) generated thin, overlapping lava flows with lava flowing back down the throat of the volcano which formed the large collapsed crater. Explosive eruption then ejected ash generating a low tuff ring around the crater. the remnants of lava flow can be found at O’Neils Bay.

Not to be confused with the panoramic Wellington landmark of the same name. This Mount Victoria is located in Devonport, and is adjacent to another volcano called North Head (Maungauika). It takes approximately 20 minutes to reach Mount Victoria’s summit, where you’ll be able to get a marvellous perspective of Auckland City, Rangitoto Island, and the North Shore region. From there, you can easily explore the neighbouring North Head, as well as its famous underground tunnels. Make sure to bring a torch with you if you’re keen to visit the latter.

North Head is one of the oldest of approximately 50 volcanic cones in the Auckland volcanic field having been formed over 50,000 years ago in a series of great volcanic explosions. Known for its sweeping views over the harbour and the Hauraki Gulf, since 1885 the head was mainly used by the military as a coastal defence installation, which left a network of accessible old bunkers and tunnels as its legacy, forming part of the attraction. Maungauika is the M?ori word for Mountain of Uika.

Rangitoto Island and its namesake volcano, can be seen throughout the Auckland region. The volcanic cone is the youngest in the vicinity, and is believed to have been formed after a series of violent eruptions. The iconic summit can be reached through a scenic ferry ride along the Hauraki Gulf. From there, visitors can hike up to its highest point, where they will be able to see an array of native trees. Rangitoto is home to New Zealand’s largest Pohutukawa forest, as well as 200 other plant and flower species. 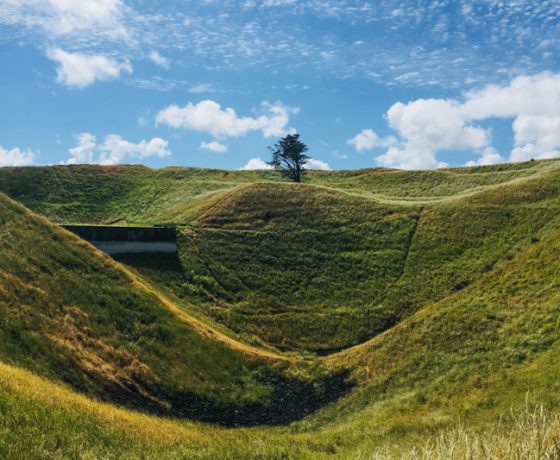 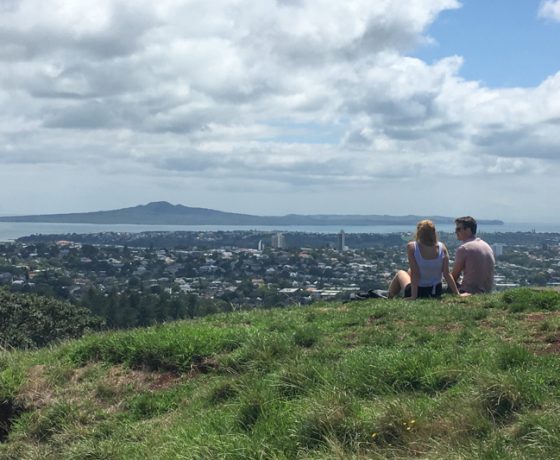 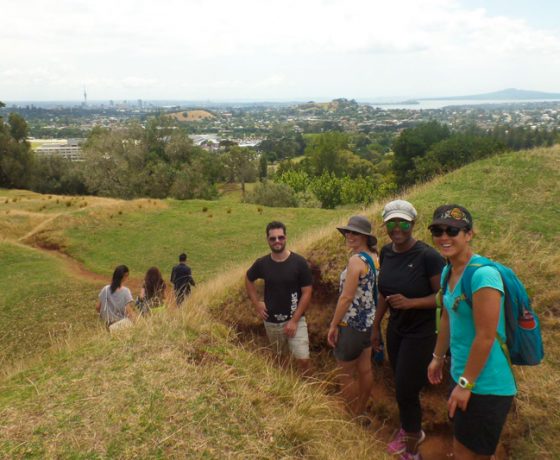 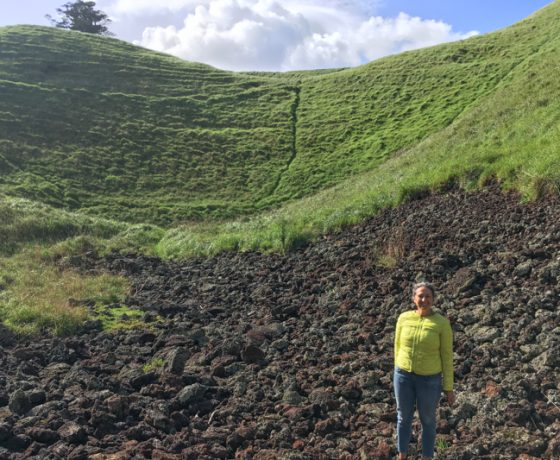 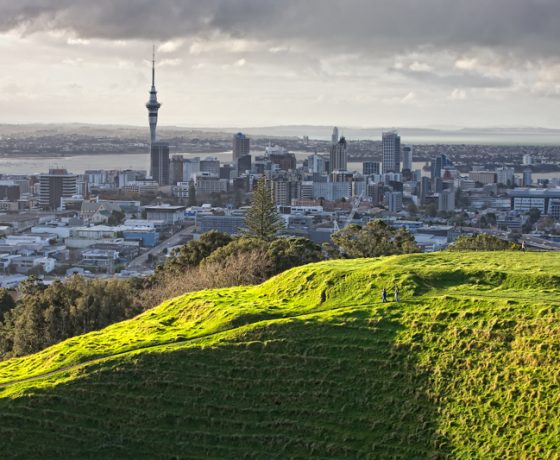 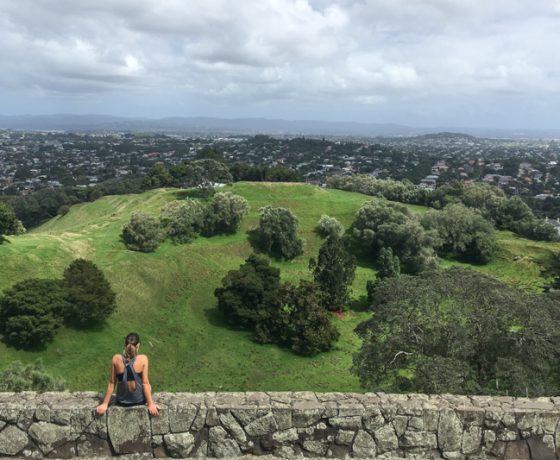 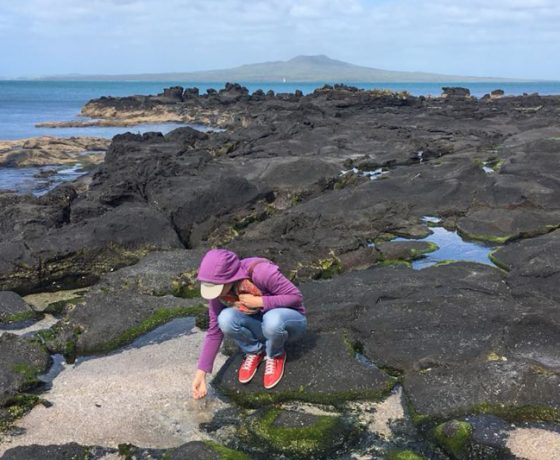 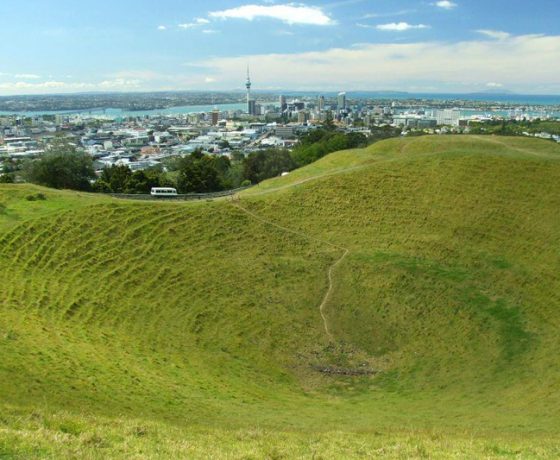 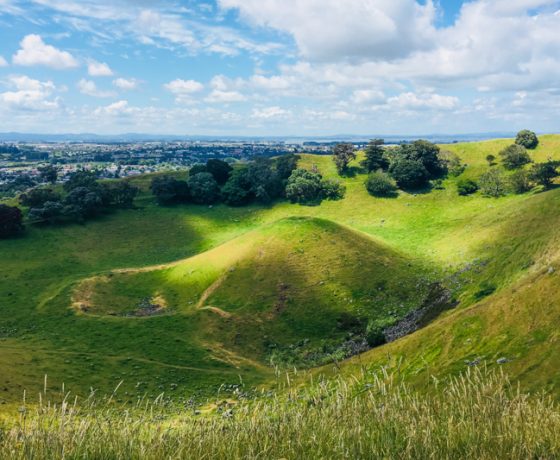 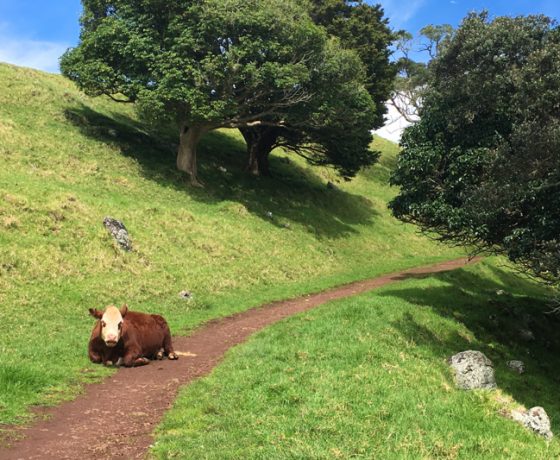 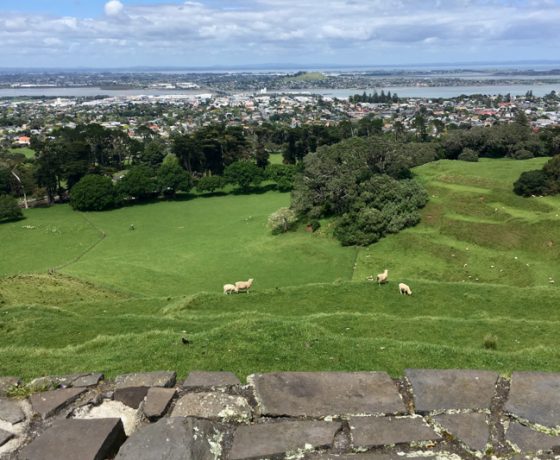